Eliette was diagnosed when she was 8.  We had worries early on when she was speech delayed and didn’t walk until she was two.  However, she did reach all the early milestones such as sitting up, rolling over, etc.  We were assured that she was just taking a little longer to reach developmental milestones, and would most likely reach her full developmental potential.

To further our concerns, Eliette would have aggressive behaviors and severe tantrums several times a day even after age five, with no sign of “outgrowing” them.  She was very social, but would be overly social and friendly to strangers.  We had expressed concerns about autism spectrum disorder, but we were assured that she didn’t really fit into the diagnostic requirements of autism and she had good eye contact.

She also experienced severe vomiting spells, which we later discovered was cyclical vomiting syndrome.  After being hospitalized several times for the cyclical vomiting and our concerns over behavioral issues, we decided to search out the help of a neurologist.  The neurologist confirmed her diagnosis of cyclical vomiting and suspected autism spectrum disorder.  However, he asked if we would be interested in participating in genetic testing to possibly find the cause of these symptoms. We were very eager to explore any options that might offer us an answer.  After two rounds of genetic testing, we finally had an answer.  When the geneticist called us to let us know, we had mixed feelings both of happiness that we might finally have an answer, but also that of uncertainty and worry about what it would be.

The test showed that she had a variant in her POGZ gene, or as the geneticist described it to us, a “typo” in the gene.  The change was de novo; in other words, it was not from my husband or myself.  She was officially diagnosed with White-Sutton Syndrome.  We were relieved to finally have an answer.

Each day brings challenges and blessings.  She truly is special just like every child that has White Sutton Syndrome. She has a larger than life personality and will light up any room. Her laugh is contagious, and her honesty and kindness make her so beautiful.  She is known to say odd things especially to strangers, and there a lot of awkward social moments. She also is known to say the kindest things just at the right times.

She is now 9 1/2 and can be described as immature for her age.  Her favorite activities include playing with baby dolls and watching Caillou.  We can embrace the child and savor the moments longer than typically developing children. She is a forever child in many regards.

She is in a conventional class setting at school, but receives services for speech, occupational therapy, reading and math. 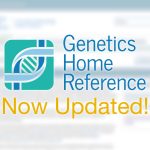