Lindsey is an almost 13-year-old girl who continues to defy odds daily. Our journey is a long one but one I feel compelled to share. At five months old, we knew something wasn’t right with our baby. She wasn’t reaching milestones and being the second child, I was more inclined to trust my instincts. Our pediatrician at the time diagnosed her with Benign Congenital Hypotonia and suggested physical therapy. After an evaluation, it was quickly decided that she would receive physical therapy once a week. Feeling compelled to do more, I researched all I could and found that this diagnosis was really more of a symptom and that children that have it also tend to have feeding and speech issues due to the low muscle tone.

Around the same time, the doctors noticed her head had stopped growing. I was breastfeeding at the time and made the difficult decision to switch to formula. I also requested to have her speech development evaluated. She was very behind, she didn’t point or maintain good eye contact. I quickly got her speech therapy and started learning and teaching her modified sign language so she could communicate with us. For her first birthday, instead of celebrating her walking, we rejoiced when she could sit independently!

I quit my part-time job and focused all my time and energy on getting her all the help she needed. I am extremely lucky my husband was able to work two (and sometimes three) jobs so we could make that happen. Lindsey received physical therapy, speech therapy, occupational therapy, and aqua therapy. At one point we used two speech therapists and two physical therapists. I took what the state provided and supplemented where I felt there were deficits. Working with an amazing pediatrician, we sought out the expertise of many specialists at Johns Hopkins Hospital, Kennedy Krieger Institute, and Mount Washington Pediatrics. We got some great advice and help, and some not so great advise.

A lot of doctors were stumped and the science wasn’t there to look that deeply at the gene level. I had a head of a genetics department tell me she didn’t have a genetic condition and that using sign language was making it too easy for her. Here’s where I tell you as a Mom to always trust your instincts and never give up! I had another doctor tell me she wouldn’t be able to do much and another who said: “well, she’ll walk”. Through it all, we found some amazing doctors who we still continue to see. If I could only go back in time wipe away all the tears and tell myself that you will face this storm and she will thrive!

Several years later, she continued to make small strides, but I slowly and patiently learned to embrace her progression. She had some minor medical issues, recurrent ear infections, sinus infections, and numerous stomach bugs. After two sets of ear tubes, the illnesses continued. We tested her immune system several times and couldn’t figure it out. It wasn’t until she had many vomiting episodes back to back that one of her doctors mentioned Cyclic Vomiting Syndrome. Her blood work and her response to the IV fluids with dextrose during these episodes had her specialists thinking that her mitochondria may be to blame. When Lindsey was seven years old she had six hospitalizations in less than four months. Each visit lasting several days. We were four hours into a 14 hour road trip to Florida when one of the worst episodes hit.

After talking with her neurogenic/metabolic specialist, we made the decision to turn around and drove straight to Johns Hopkins Hospital. That was one of the best decisions we made. After many days of blood tests, MRIs, CT scans, sonograms, etc. her team of doctors confirmed the diagnosis of Cyclic Vomiting Syndrome (CVS) and due to new studies, suggested putting her on migraine medicine to manage it. Even though she had no headache symptoms at all, the medicines worked like a charm! She received the clinical diagnosis of Mitochondrial Disease and I began to dive yet again into unknown territory. With the help of her medical team, we learned that children with Mitochondrial Disease don’t usually have a typical lifespan and that there is no cure. Devastated, I decided to jump into this scary world and promised to create more memories as a family together. And, through the United Mitochondrial Disease Foundation, we set up a research fund in her name.

Cyclic Vomiting Is (Mostly) Under Control

Fast forward a few more years, and Lindsey’s Cyclic Vomiting is mostly under control (only about one hospital visit a year). Her team of doctors offered yet another DNA test. We had done a few already, but now they could look a little deeper than before. Since it was just a simple blood test, we thought why not. That test showed us that she was missing almost an entire gene on her first chromosome.  This gene, we would come to find out, is the POGZ gene. Her doctor also found a researcher who was writing a study about six other cases. We added her to that study. At the time she was one of only seven worldwide documented cases. This new syndrome eventually gained the name, White Sutton Syndrome. The specialists no longer believe she has Mitochondrial Disease, however, her mitochondria may still play a part with her CVS and fatigue but we know now her life should be a typical one. As you can imagine this amazing news! We are still learning as we go but this journey has taught me so much and despite going down some scary roads, I am grateful for it all. 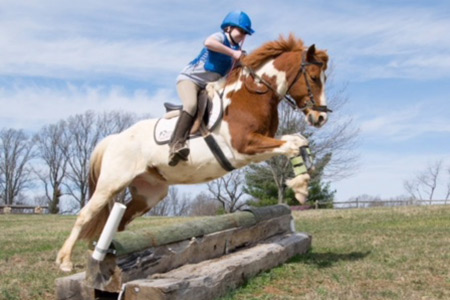 Today Lindsey goes to a regular school and although she needs a lot of help, she is able to learn with her peers. She rides horses (her passion) and is able to compete and succeed with her typically developing peers. She recently placed second in her division in a field of eight competitors! She has to work twice as hard as her peers to memorize the jumping courses. We also spend weeks memorizing and practicing her dressage test along with having it read aloud while competing. But when it all comes together, the reward is so much sweeter! So if I could go back in time and talk to my scared self, I would say this, “Don’t give up, continue fighting for your girl. It will be hard, you will feel deflated and lost. But, it will all be worth it when your baby beams with pride at what she is able to accomplish on her own.” 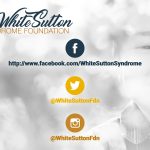 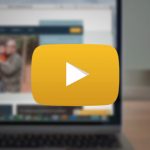