Rylee was born in 2016 and was air-flighted to a nearby children’s hospital after not latching/eating for 3 days, which doctors labeled as a failure to thrive. After spending 2 weeks in NICU and just as they were about to send us home with a GI tube, Rylee finally latched!

While in NICU she was diagnosed with microcephaly (but had a normal brain ultrasound and then later two normal brain MRIs), a deviated septum, and acid reflux.

When Rylee was 4 months old, we were told by a neurologist that she was having issues processing what she was seeing. She started physical therapy and occupational therapy and began seeing an ophthalmologist as well. Rylee had surgery for strabismus when she was 10 months old and her eyes are working together so much better now, although we still patch her eyes daily.

After she was a year old and was still not meeting her developmental milestones, and after having normal brain and spine MRIs, we opted for genetic testing.

Rylee was diagnosed with WHSUS in October of 2017. She is the youngest of our three children and will be two this year. She is one of the most laid-back and friendliest babies I have ever seen. Her older brother and sister absolutely adore her. She loves people…loves to be held, to touch everyone’s face, to snuggle and has a smile for everyone.

She has recently started vision therapy for cortical vision impairment and we have already seen improvements. Developmentally, she is at approximately a 6 month old’s level. She can sit and has started standing with support, but is not crawling or walking yet. She has just started babbling all the time and is still trying to transition to table foods.

She periodically struggles with constipation and sleeping all night. She also recently began pushing buttons on toys and showing signs that she understands cause and effect relationships. Every day brings on a new challenge and every time she makes huge progress, she ends up getting sick and taking a few steps back. She is a fighter and we try to handle one challenge at a time, one day at a time. 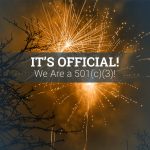 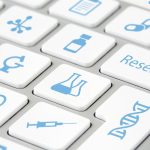